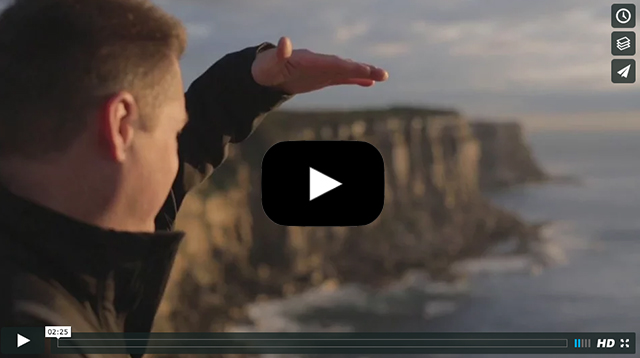 Whale photographer Dave Jenkins founded Whale Spotter out of a passion for whales and wanting to share his knowledge with the next generation. He has teamed with natural history artists at the University of Newcastle to create some beautiful postcards of whales, which he hands out to families passing him by, while he sits on top of North Head spotting his beloved ancient friends of the sea.

Whale Spotting on North Head is a part of a virtual interactive tour of Shelly Beach, Manly, on Vecotourism’s global map of eco tours, helping to make nature accessible to people on the other side of the world. Shelly’s Patron, a story about diver Richard Nicholls, who helped to turn the waters around Shelly Beach into an aquatic reserve, and A Penguin’s Life in the City. are also a part of this tour.

We created the tour to celebrate our local heroes as a part of the IUCN’s World Park Congress in Sydney 2015. Danielle was a Youth Ambassador at the event, representing Vecotourism’s virtual project, and presented the interactive tour as a part of a talk at the Congress on digital storytelling.

Check out some of Dave’s beautiful whale photos on the right side of this page.