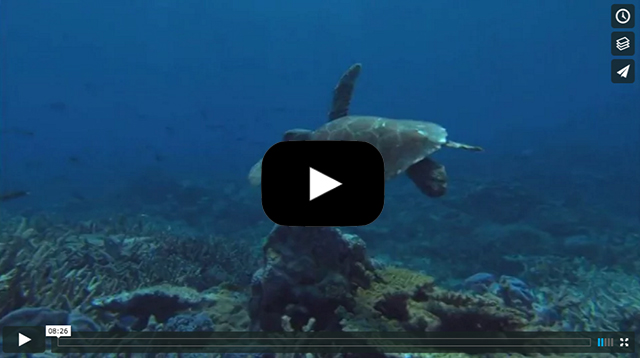 WWF-Australia has joined forces with the north Queensland community to help save Australia’s beloved marine turtles. Some are starving to death with the disappearance of feeding areas, while a virus called ‘fibropapilloma’ is causing lesions and tumours. Sadly, little is known about marine turtles, which is why researches and local groups are racing against time to find out more about what is going on. Townsville’s Turtle Hospital at Reef HQ is also trying to rehabilitate sick turtles, so this story is also about the joy that is felt, when a turtle recovers and is sent home.

In 2013, WWF-Australia presented James and Danielle with hours of vision from a filming trip on turtle tagging, and asked if they could turn it into a documentary: James was the Editor, and Danielle was the Scriptwriter, Post Producer, Assistant Editor, and the PR coordinator for what would become WWF-Australia’s Sending the Gungu Home,

The film went onto to win won ‘best community organisation’ in the Aurora Short Film Festival’s award May 2013, and aired twice on Aurora Television, 183 Foxtel in June 2013, and featured at the Townsville and Cairns events for the Ocean Film Festival Australia. Danielle helped spread awareness about this film in dozens of print and broadcast outlets in regional Australia in Queensland and New South Wales.

Ben & Jerry’s Openair Cinema also toured Sending the gungu home on tour around Australia, with all of the ticket proceeds going as donations to WWF-Australia’s Great Barrier Reef programs.