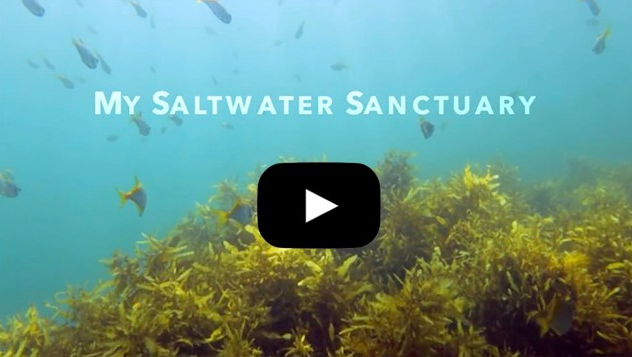 From Byron Bay to Bateman’s Bay, on the east coast of Australia, there is a vibrant ocean and beach culture, which is shared by all locals. Their joy, their livelihoods, and their local identity is intertwined with the ocean and ultimately on the future conservation of marine parks and sanctuaries, giving iconic species like the friendly Blue Groper a chance to replenish.

My Saltwater Sanctuary is a part of an Australia-wide filming project documenting the science and the experiences of locals, who live beside marine reserves, and is the winner of the underwater prize for the Fremantle Underwater Films Festival, February, 2015. It has travelled to multiple locations up and down the coast of NSW, including to Byron Bay, Coffs Harbour, Sydney, Jervis Bay and Port Stephens, thanks to the sponsors of this project: The Wilderness Society, The Nature Conservation Council of NSW, and the Save Our Marine Life Alliance.

Check out a gallery of production stills from the Australian marine reserves filming trip, as well as some of the event photos from the film screenings in March 2015, or watch The Prologue to My Saltwater Sanctuary on our Vimeo Channel: Bluebottle Films.

You can also view a list of past and present marine park documentary screenings.